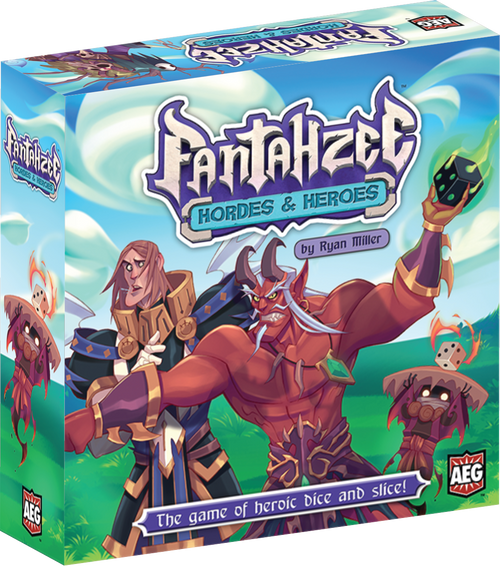 Fantahzee: Hordes and Heroes from Ryan Miller and AEG puts you in charge of defending the town from tons of monsters!  But you aren’t alone, you’ll be able to recruit warriors, mages, and steam-dwarves. Roll combinations to activate their abilities and bonk the monsters on their heads to earn victory points.  Defeat three of the five boss monsters and the other two run home, ending the game.  End with the most victory points to win!

The Masters' Trials: Wrath of Magmaroth

Smash Up Big in Japan