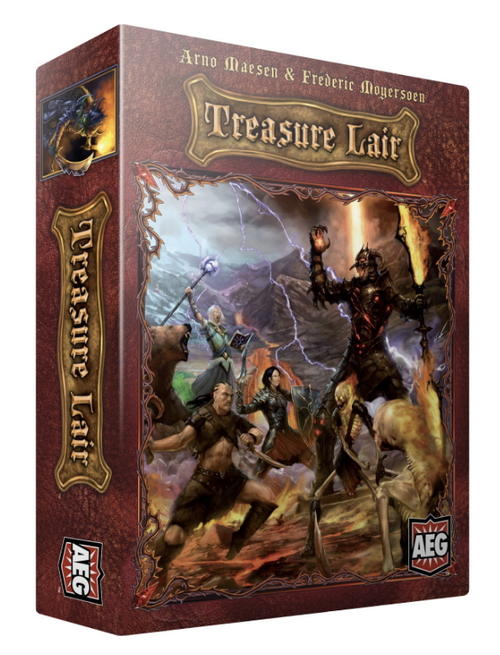 Lairs with vast treasure await heroes who have the endurance to travel through treacherous locations, are clever enough to overcome encounters with dangerous charlatans, and are brave enough to defeat the fearsome monsters that lurk within.

You must form a party of heroes in order to face the many challenges during your quest. But choose wisely, for each quest requires different skills and abilities. Brute strength may be enough to smash your way into the treasure lair, but stealth and wilderness lore may be vital to your quest for the greatest treasure.

Win the most treasure and lead your heroes to victory!

Players take turns trying to complete quests by assembling parties of heroes and drawing and drafting for a hand of actions that can achieve victory. Completing quests awards Treasure, and when enough Treasure has been earned, the player with the most Treasure wins the game!

The Masters' Trials: Wrath of Magmaroth

Valley of the Kings

Smash Up Big in Japan